Utrecht Region has a competitive and innovative business climate, thanks in part to its stellar location, highly educated talent pool and excellent research infrastructure.

It is why more than 1,000 international companies have already joined our vibrant business community. Are you interested in learning more? Here are five important facts about the region’s business climate.

1. An excellent gateway to Europe

Utrecht Region is the Netherlands’ most central and accessible region. Its strategic location affords swift access to key logistics hubs and supply chains, which means 145 million European consumers are reachable within a 500-km radius. Schiphol Airport is only 30 minutes away and the Port of Rotterdam is a mere 45 minutes by train or car. Utrecht Central Station is the largest train station in the Netherlands and is the country’s most important rail hub.

2. One of the best economic positions in the Netherlands

Since 2010, Utrecht Region has consistently ranked in the top-three most competitive regions in the European Regional Competitiveness Index, performing well in areas like infrastructure, health, human capital and innovation. With the highest GDP per capita in the Randstad conurbation, people here tend to have relatively high purchasing power. Utrecht Region is also the most innovative region in the country according to the recent Regional Innovative Scoreboard.

Over the years, Utrecht Region has become an attractive home to a skilled workforce with an international perspective, drawing in talent from the Netherlands and abroad. Some of the best academic institutions in the country are located right here, providing a steady supply of highly educated graduates. At #13 in Europe, according to the Shanghai Ranking 2020, the prestigious Utrecht University has more than 32,000 students, primarily studying IT, medicine, veterinary medicine, geoscience and the humanities.

4. The largest science park in the Netherlands

Utrecht Science Park is the beating heart of knowledge and high-end technology in the region. It is also the largest and fastest growing science park in the Netherlands. Ten knowledge institutions and 130 R&D companies are currently established here. Most are active in life sciences and health (LSH) and sustainability. The park is an inspiring hotspot where companies, researchers, clinicians and students work together on ground-breaking science, driving innovation forward. 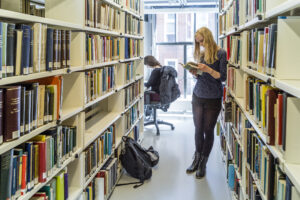 Foreign companies based in Utrecht Region benefit from the country’s highly favourable corporate tax system. The current Dutch corporate tax rate is 15%, applicable to taxable income up to €245,000. A tax rate of 25% applies to income exceeding this amount. Some benefits of the Dutch tax system include:

Or would you like to receive more information? Get in touch with one of our colleagues.